Fine Art Wedding Photography with Intention
Based in NYC and Washington D.C.;  Available for travel.

I’m very excited to announce the release of New York: A Photographer’s City, edited by Marla Hamburg Kennedy and published by Rizzoli. I am extremely honored to be included in this book that investigates the changing landscape and perspective of the greatest city in the world! 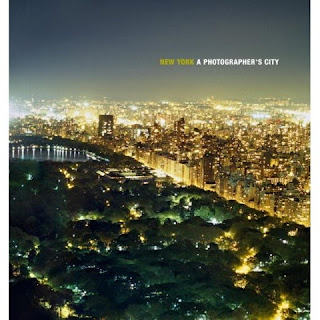 NYC like you have never seen her before. This stunning book showcases an unparalleled compilation of mostly unpublished photographs of New York City and its boroughs taken by established and emerging artists.

New York: A Photographer?’s City is a world-class collection, featuring artists from all over the
globe, offering views, cityscapes, and vignettes that are fresh and beautifully illustrate the city?’s 5
ever-changing boroughs.

The 350 images capture the avant-garde spirit of New York and the city?’s appearance in the twentyfirst century. While we immediately associate black and white imagery with NYC, this new look brings out the color in the big apple and reveals the magic that continues to inspire New Yorkers and visitors alike.

About the Author: Marla Hamburg Kennedy is a leading dealer and adviser for twentieth- and
twenty-first-century art. Hamburg Kennedy was previously the director of the Howard Greenberg
Gallery and managing partner of Kennedy Boesky Photographs until starting Hamburg Kennedy
Photographs in 2004. She was also the editor of the book Looking at Los Angeles.

“No single set of eyes could possibly take in all of the Big Apple. This much is readily apparent upon opening New York: A Photographer’s City, a dazzling new book edited by Marla Hamburg Kennedy that compiles images taken by mare than 100 artists, including Andreas Gursky, Ryan McGinley, and Catherine Opie. Together, the 200-plus works brilliantly capture the spirit, both gritty and glamorous, of the five boroughs.” ~Architectural Digest

“This lush collection, which includes works by Berenice Abbott and Stephen Wilkes, offers fresh perspective on the ‘physical uniqueness’ of the city’s familiar venues, mostly captured in color… the images do succeed in going beyond the concrete to capture what Elizabeth Sussman describes in her foreword as the image of the city, both permanent and transitory, that ‘haunts past and present photography of New York.’” ~ New York Times

“New York: A Photographer’s City, out next month from Rizzoli, is a rare book of photography that is as witty as it is striking: compiling its 250 images, the book’s editor, Marla Hamburg Kennedy, surely had all of New York City’s idiosyncrasies in mind… and New Yorkers will find the book utterly, piquantly true.” ~Interview

“New York: A Photographer’s City is a world-class collection, featuring artists from all over the globe, offering views, cityscapes, and vignettes that are fresh and beautifully illustrate the city’s 5 ever-changing boroughs.” ~Slamxhype

a few favorites from

Holly and Evan in Sharon, Connecticut

inquire about your date